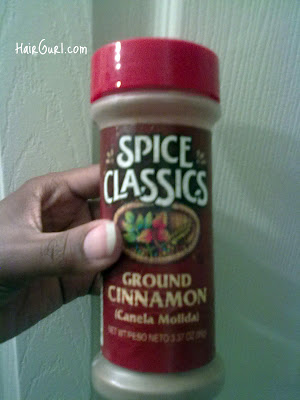 So after researching online for days, I decided to try out lightening my hair with cinnamon. I didn't know this at first, but I found out cinnamon has peroxide in it & peroxide lightens the hair. You all know that I wasn't completely happy with my hair after coloring it...I still wanted it to be lighter. So I thought why not? Might as well try it.....Here are some online resources I checked out that convinced me to go ahead and give it a try:
KittiKat24's Fotki
EbonyPrincessH's Fotki
&

ChiselleCouture's Youtube Channel On Cinnamon Lightening
I'm in love with their hair and after seeing their results who wouldn't want to try it out? Thanks KittiKat24, EbonyPrincessH, & ChiselleCouture for creating videos and fotki albums demonstrating how it's done! :-) After reading their progress, I was ready to attempt to lighten my hair with cinnamon. It was pretty simple. I mixed my V05 Strawberries & Cream conditioner with a lot of cinnamon & a little lemon juice. I wish I hadn't put the lemon juice in the mix though...it made the mixture a little runny. I chose not to add honey because I didn't feel like buying it. I only applied the cinnamon mix to the top front & sides of my hair. After applying the mixture, I put 3 grocery bags around my head. 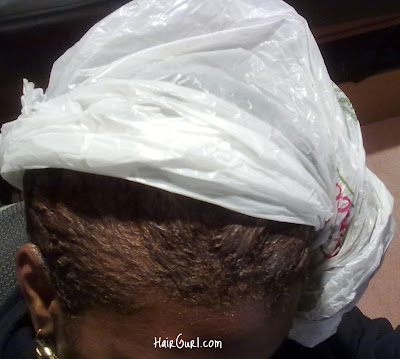 For about 30 minutes the cinnamon tingled my scalp. It even felt hot, but then it went away. I know cinnamon is a known skin irritant so this was to be expected. I left the cinnamon mix in my hair overnight for 10 hours. When I woke up it took me awhile to wash the cinnamon out of my hair....about 20 minutes I think. It left such a nice cinnamon fragrance in my hair. :-) Now on to the pictures....
Remember this pic? Well, this is how the color looked 2 days before I did the cinnamon mix. This is how it looked the morning I washed the cinnamon out of my hair. It's definitely lighter. My husband even said it looked way lighter than before. I liked it, but the color kind of looked ashy to me. It was a light, light, light brown. Kinda of almost blond a little. You can see it at the tops of my hair. I wanted more of a warmer color, but I was completed amazed at the fact that it did lighten my hair. I don't know if I'll do this again though. I kept having horrible sneezing attacks on the day I debuted my new color....: \ I don't if it was the cinnamon or what. My husband was sneezing too. So I washed my hair the day after again to make sure all of the cinnamon was out. I was still sneezing so it could have been my allergies. So what do you think of the color? I have to say I was skeptic at first, but cinnamon really does lighten the hair. Have you tried it? Seems like a great way to boost your color without bothering with the chemicals that come with hair color! ;-)

Make sure you are following me on Twitter & for more of my ramblings about hair and anything else I want to talk about. :-)

no i havent tried it but I wanna change up my hair colour..cinnamon is cheap way of doin it. I first saw this on ChiselleCouture channel

great post! I shall be researching & checking out your links :)

Heya! I haven't read or commented in a long time recently, but you know I love you and your hair. Thanks for this post so so much. I am trying to keep my hair as natural as I can, have been following (somewhat) a henna regimen that a coworker sent to me... But I love having my hair reddish/a lighter color.

I sent a link to your post to my little sister, and I'll be following the girl whose videos you posted. Why must you be so dang awesomely helpful? =]

I really like your color. I really want to try it. I always thought my hair was like a jet black color but then i started to use honey alot in my dc's and pre-poos my hair started to look lighter and now it looks like a dark brown. I think i will try the cinnamon with some honey for about a month on wash days.

This is working so well for me, HG. Thanks a ton!

Anonymous said...
This comment has been removed by a blog administrator.
December 1, 2011 at 1:05 PM

Some people are just Assholes! Please don't pay attention to peoples negative comments. You are beautiful girl! God bless you.

Wow~ Your hair looks amazing!! I'm trying to get my hair somewhere near your color. Well anyways on't listen to the b**** who wrote that mean comment iight?

f*** that beotch who wrote that mean comment. dont worry. u are beautiful just the way u are.

Love this! Thanks for posting this. Now im not a skeptic and will definitely try it! As for the jerk who keeps posting rude, annoying comments: get a life!

This is legit AMAZING! Thank you so much!

Just wondering, how much cinnamon do i put in the mixture? and the video is no longer there... :(

Hey, please ignore that mean comment. When I saw your picture I was like wow youre pretty. But I never meant to leave a comment bur after seeing the hateful comments I had to. Youre beautiful and I love how your hair color contrasts with your skin, very exotic. :D

I will give this a try and post what happened.

Just wondering, how long will the effect last?

Ok I think cinnamon is a really cool hair lightner and it is a booster. I also like how conditioning the hair with the cinnamon leaves it soft and bouncy but what was ur original hair dye color? Fyi you are a very exotic beauty. Not everybody in this world is gonna have bird features. Some of us God actually spent his time creating. Well you're gorgeous bt IM sure you already know that. Only wish the rest of the world wasn't so blind.*sigh*

Wow! I was looking for a honey/cinnamon mixture results. I read the cinnamon helps to activate the peroxide in the honey, I had no idea it actually has peroxide in it too!
I have light brown hair with some blonder parts but I keep wanting to go lighter because I hate seeing the partings in my hair when I put it up. I'm about to go for it with honey and cinnamon :)

I actually did try this, except without the lemon and it works great! I have natural black hair and this brought it down to a warm brown. Loved this hair mask!

You are stunningly beautiful! Don't listen to anyone who says any different, we are often the harshest critics of ourselves so imagine how hard those people must be on themselves. Speaking badly about people is a direct insult to God because he made you perfect and he is the only one who has a say on what beauty is. But you are gorgeous and this was a very helpful article! :) <3

Haters will hate! I on the other hand think your hair looks great! I'm actually doing it now as we speak! Xo

Please don't listed to those idiots! You're so pretty! I want to try this...

Thanks for your very helpful description about cinnamon lightening. Lovely pictures also! It's cowardly to make nasty comments anonymously on the internet.

Haha, have fun being the worst, douchenozzle.

Beautiful hair and beautiful model, thank you for sharing. I hope this works for me.

Thank you so much for posting a results photo! I am trying the cinnamon in my hair now, so I'll have to see if my hair turns out as beautiful as yours. Thank you again for posting pics, you are a very pretty girl.

Hey Beautiful Girl!
Thanks for sharing this. Love the pictures.
It's difficult to get see well lit photos of before/after hair color.
xoxo

I think she's beautiful. No one needs to see a pic of you to know you're hideous due to your ugly insides. Why would you ever say something like that?! We all have different features that make us unique. You're seriously awful.

You are so beautiful in these pics. Your prominent nose doesn't detract from your beauty, just makes you look uniquely pretty to me, in a way that makes me want to look and look again.

Anyway, I like how the hair color lightened by cinnamon looks against and brings out your skin tone. I'm going to try this cinnamon hair lightening sometime for more highlights. Thanks for the tip, and keep them coming, dear! 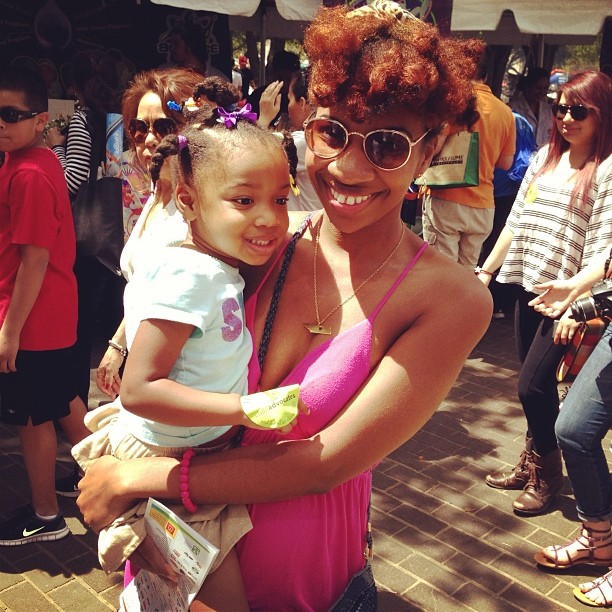 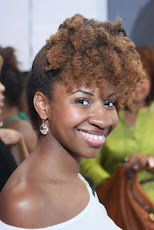 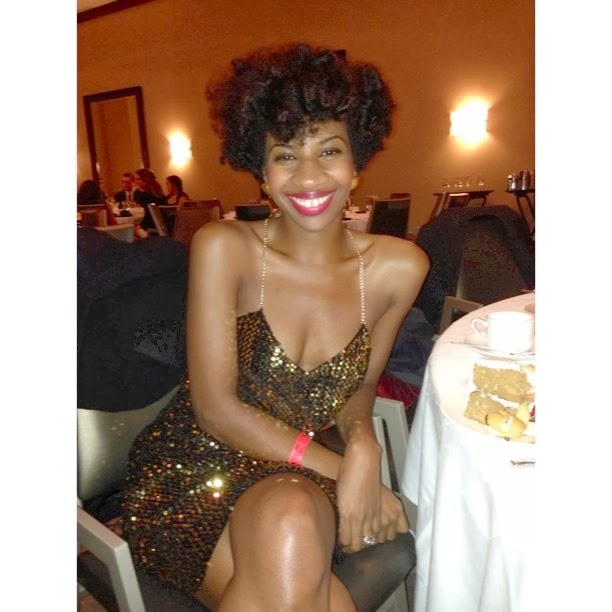